Whether we choose to acknowledge or not, the world changed in March 2020, when the Covid 19 pandemic took hold. It changed the way we live, work and play. It even changed the way many people look at the world.

When you get right down to it, “the Great Resignation” and the resignation trends we are seeing now are a reflection of those changes. Here’s what you need to know about why we’re seeing this, what you can do to improve employee retention, and how you can still attract talent.

What Is the Great Resignation?

The first thing you need to know is what the Great Resignation is. In some parts of the world, this has already been a mass resignation event. That’s most visible in North America, which has seen the brunt so far. However, even in other parts of the world, more employees than ever before are actively looking for ways to change jobs. So while the tsunami of changing resignation trends hasn’t hit yet, it’s coming!

In a world where most developed countries are already dealing with an ageing workforce, this has resulted in a change in the power balance. Employers are increasingly finding that they can’t attract talent, or their employee retention is not what it once was.

You might even say that it’s the greatest change in the world of employment since the industrial revolution.

What Is Causing the Great Resignation?

There are several things that are behind what we are calling the great resignation, and many of them are connected to the pandemic, even if not directly.

Firstly, many knowledge workers moved to work-from-home situations during the pandemic. They discovered that they could do their jobs effectively from home and began to question why they were forced to commute to an office. When no answers better than “we say so” were forthcoming, talented people dug in their heels – and they’re still dug in!

Secondly, many people realised that in an airborne pandemic, sharing space in crowded workspaces could be life threatening. Employees started to question their employers’ motives. Were they really being asked to risk illness so they could be in the “right” location to do their jobs?

Third, and mainly affecting lower skilled people in people facing jobs, many have simply changed careers during the ongoing lockdowns. When you’re a restaurant worker who can’t work, it’s a good time to find other uses for your talents. Some industries simply can’t rehire people because the talent has moved on.

Finally, employees realised that they didn’t have to live in expensive cities. Many people have already moved to smaller towns where the cost of living is lower, and the quality of life is better. It’s hard to force talent to come back to an office that’s now a two-hour drive away!

Collectively, people have changed the way they think about work, and for the first time, they’re not allowing employers to talk them out of it.

What Does the Great Resignation Mean for Employers?

The Great Resignation is more than a trend. It’s a bona fide paradigm shift. Employees want better work life balance. They want to be allowed to continue to work from home. They want jobs that offer fulfilment and support them, rather than the other way around.

Some studies show that as many as 97% of knowledge workers surveyed want to have either a full-time work from home or hybrid work situation. They’re no longer willing to sacrifice more hours of their day to drive to work. They no longer want to spend a big chunk of their salary on childcare.

Which means that companies who want to attract talent that is already looking for a new job with those criteria are perfectly positioned to scoop up the best of the best. It also means that companies hoping to improve employee retention should look beyond good coffee and casual Fridays. People expect more, and they’re willing to vote with their feet to get it.

When Will the Great Resignation End?

Some employers think that they don’t need to worry. That this will all blow over, and that we will all go back to the way it was before. But the truth is, there’s a good chance we’re never going back to “normal.” Not completely anyway.

As a result, talented people have started creating side hustles and up-skilling – so they’re going to be more in demand than ever.

The truth is, the Great Resignation will end when companies realise that there is no rewind button. Employee retention and talent acquisition have changed forever. The balance has shifted, and everything else needs to change to keep up.

Contact us, so we can help you create a straightforward, results-oriented framework that connects governance, delivery, and culture to help you thrive and organise.

If you’d like to engage Fatimah as a coach/advisor for your organisation to help you make sense of the chaos, then you can reach out to her by email at Fatimah.a@agilemanagementoffice.com

Keep up to date

Access our latest news, articles, research projects and listen to our podcasts through our knowledge sharing network ‘Agile Ideas’.

Connect with us on LinkedIn and be part of the conversation.

Sign up to our newsletter and stay up to date with all the latest AMO news and events. 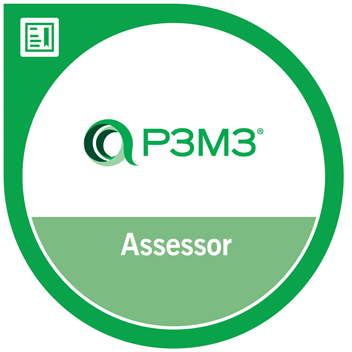 Page load link
This website uses cookies and third party services to perform website analytics. We do not and will never implement any functions to track other website browsing or use it to indirectly identify you. The information you provide in subscribe forms is passed to a third party service so that we can manage the content we provide to you. Ok
Go to Top